Sally Greenaway (b.1984) is a multi-award winning composer hailing from Canberra, Australia. She has earned herself the reputation of being a versatile and diverse musician, and as a result is highly sought after as a musical director, jazz and classical pianist, teacher and composer/arranger.

Greenaway is a post-graduate from the Royal College of Music, London, UK, where she received the Lucy Anne Jones award, studying composition and orchestration. She is also a graduate of the ANU School of Music Jazz Department specializing in jazz piano.

As a pianist Greenaway has toured and performed around Australia performing at festivals and special concerts. During her time living in London she played jazz piano at the London Chopin Festival on Steinway's unique 'Ferrari' grand piano, and at the Dorchester Hotel in Mayfair on Liberace's rhinestone grand piano.

Greenaway is well known in the Australian music scene, having worked with many of Australia's music ensembles, ranging from school and community ensembles to Australia's leading orchestras and chamber ensembles. She is regularly invited to give masterclasses and workshops and adjudicate competitions, including the Young Virtuoso Awards for the Fine Music Network. She was Musical Director for ConneXion Big Band for 10 years and is often invited as guest Musical Director for a range of ensembles including choirs, big bands and concert bands.

Greenaway has held lecturing posts at the Canberra Institute of Technology's Music Industry Centre and Sydney Conservatorium Jazz Department and has given masterclasses and guest lectures at the Music Departments of Monash University (Melbourne), the Australian National University (Canberra) and the Royal College of Music (London). 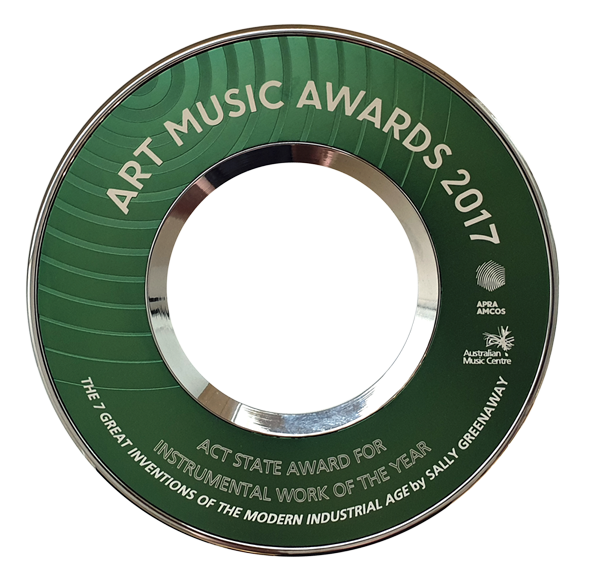 Greenaway's compositions have been performed by a wonderfully diverse range of musicians, from internationally acclaimed artists, to local community and school groups:

Note: this is not an exhaustive list and we apologise if an ensemble or artist is missing from this listing - we'd love to hear from you if you've performed Greenaway's music